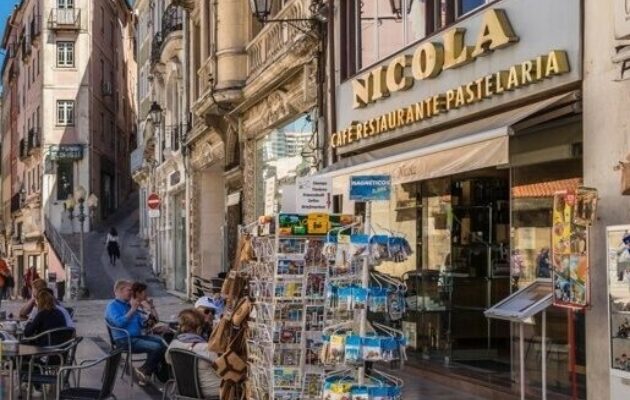 Portuguese is the official language of eight countries (Portugal, Brazil, Angola, Cape Verde, East Timor, Guinea-Bissau, Mozambique, and São Tomé e Príncipe) and is also widely spoken in the Asian countries of Macau and Gao. It is the sixth most widely spoken language in the world, with more than 230 million speakers.

In the United States

There is a large community of Portuguese and Brazilian immigrants in the United States: the 2010 Census reports approximately 336,000 Brazilian-born residents. Portuguese language skills are highly prized by the U.S. Government.

Portuguese makes sense in the global economy. Brazil’s sheer size, large and dynamic economy—the ninth-largest in the world—and 200 million-strong population, make it a major destination for many international companies. It is an agriculture and commodities powerhouse, ranking as the world’s top exporter of coffee, soybeans, sugar, and orange juice. It is also a major producer of automobiles, textiles, computers, aircraft, and footwear, and is the 12th-largest trading partner of the United States. Almost all major U.S. multinationals sell in Brazil and it’s an important market for companies such as Walmart, ExxonMobil, John Deere, Apple, GM, GE, J.P. Morgan, and Ford.

Portuguese is also an important language in the sphere of diplomacy and economic development; it is the working and/or official language in some of the most important international organizations, such as the African Union, the Community of Portuguese Language Countries, the European Union, Mercosul, the Organization of American States, the Organization of Ibero-American States, and the Union of South American Nations.

Learning Portuguese will prepare you to work in such diverse fields as planning and consulting, finance and banking, tourism and hospitality, information sciences, diplomacy, journalism, publishing, advertising, government, social services, media, law, linguistics, health, and the arts, just to name a few.

Knowledge of Portuguese is a rare and marketable skill among Americans that will make you stand out to potential employers. While interest in Portuguese is on the rise and enrollment increased ten percent between 2009 and 2015, fewer than 12,500 college students were enrolled in Portuguese language studies in 2015. Moreover, Brazil is known to have low levels of English language skills, another advantage for speakers of Portuguese who are interacting with Brazilians.

Students who have majored or minored in Portuguese have reported landing positions in multinational companies, airlines, translation/interpretation, graduate school, international agencies, import-export companies, tourism, research institutes, and teaching, among others.

Portuguese & Spanish: the perfect pair. No matter what career path you choose, you will multiply your chances for success if you speak these two languages as they cover all of South America plus many other places in Europe, Africa, and Asia.

Those interested in world music will greatly benefit from knowing Portuguese. Over the last five centuries, Portuguese, African, and Amerindian traditions, instruments, harmonies, dances, rhythms, and other musical elements have been mixed to form unique sounds and rhythms such as samba and bossa-nova.

The astonishing richness of literature in Portuguese—everything from The Lusiads, the greatest epic poem of the European Renaissance, to modern Brazilian narrative and poetry—is considered by some to be the best-kept secret in the Western Hemisphere. Portuguese writer José Saramago won the Nobel Prize in Literature in 1998.

Brazil is one of the major tourist destinations in South America. Knowing the language of the country you visit provides the tourist with choices not available to monolinguals.

Camões, I.P., a Portuguese public institute, offers several scholarships for both academic-year and summer-session study of Portuguese language and culture at approved institutions.

The Portuguese-American Leadership Council of the United States offers an annual $1,000 award to students of Portuguese ancestry. The Council has also compiled on their site a partial list of other organizations which offer ancestry-based awards to Portuguese-American students.

Sponsored by the American Association of Teachers of Spanish and Portuguese, the Society offers scholarships to high-school members for university studies and travel Spanish-speaking countries, as well as honoraria and possible publication in Albricias.

Looking for a Portuguese Program? 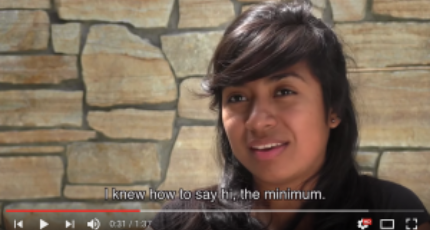 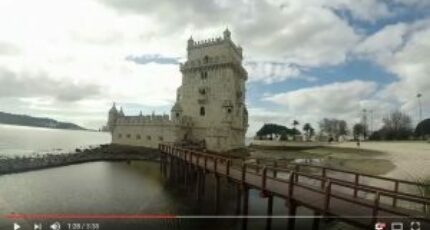