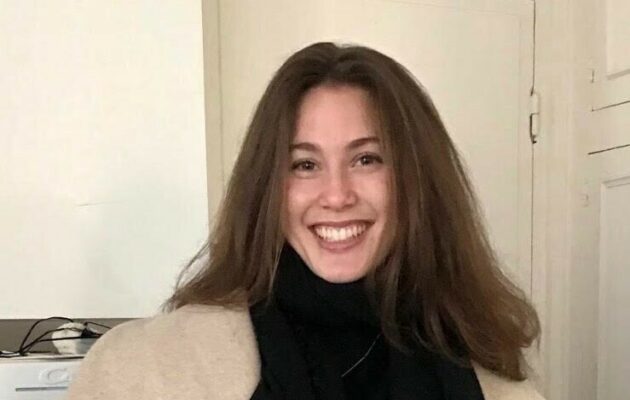 “From the time I began learning Spanish in the sixth grade, I knew I wanted to pursue a language-centered career through which I would use my language skills daily.

Grew Up In: Dayton, Ohio

How do you use your language skills in you work/career?

From the time I began learning Spanish in the sixth grade, I knew I wanted to pursue a language-centered career through which I would use my language skills daily. Currently I hold a position as a Spanish Interpreter, Translator, and Family Advocate for Covington Independent Public Schools in Covington, Kentucky, and use my Spanish language skills every day.

The main aspect of my work is to serve as a liaison between the school and the families. Some of my duties include interpreting at Special Education meetings (ARCs) where administrators and parents are present, sharing information between the teachers and families, translating documents and flyers that are distributed throughout the school district, assisting Spanish-speaking families in enrolling their child in school, and finding resources for families to help fulfill basic needs.

What is the biggest misconception Americans have about learning languages?

The question of widespread monolingualism in America is something that I have spent increased amounts of time pondering as my interest in other languages and cultures continues to grow exponentially. I believe the biggest misconception that Americans have about learning languages is the belief that it is not intrinsically valuable or necessary. In my opinion, this is because there is a very real possibility that, generally speaking, an American will never encounter a situation in which they would need to rely on world language skills. Fueled by the fact that English has emerged as the primary global language, it is easy to become complacent when you adopt the mindset that wherever you go, your language needs will always be adapted to because you are an English speaker. In the end, I think the biggest factor is that the intrinsic value of learning world languages is not emphasized in the United States, which is why the work that ACTFL’s Lead with Languages campaign does is so significant.

Do you have an interesting, moving, or humorous anecdote featuring your language skills to share?

In May of 2020, I lived in Madrid, Spain. My roommate had recently moved into our apartment, with some of her belongings still at her previous apartment. At this time in Spain, we were under curfew due to COVID-19 and could be outside for certain periods of time throughout the day for permitted reasons only (grocery shopping, doctor’s appointment, going to work, etc.). My roommate and I walked to her apartment to grab the rest of her things, and I brought a bag with me so I could stop by the grocery store on the way home.

We were walking along the sidewalk, chatting, enjoying the sunshine and time outside, when a police officer turned onto the street and started to follow us. He pulled up right next to us, called us over to his vehicle, and asked where we were going. My friend answered “to my old apartment to grab some things,” while I answered “to the grocery store” at the same time. He looked at us with skepticism and accused us of lying. I explained that we promised we were not lying and that we were going to be going to both locations eventually, even though we seemed incredibly guilty because our stories didn’t align. After some convincing, he let us go without giving us a fine because he realized we were telling the truth after all.

Although it was nerve-racking at the moment, I find that situation to be a humorous anecdote about my language skills because my friend is a native Spanish speaker, so I thought it was funny that I was the one who was trying to convince the officer. That was also the first and only time I’ve ever had a conversation with law enforcement (in any country) in which I had to literally convince them of my innocence, let alone in Spanish.

Check out our Connect with Spanish page—or explore another language of your choosing—for information about university programs, scholarship opportunities, testimonials, and more!

Then tell us how you put your language skills to work @LangConnectsFdn on social media.