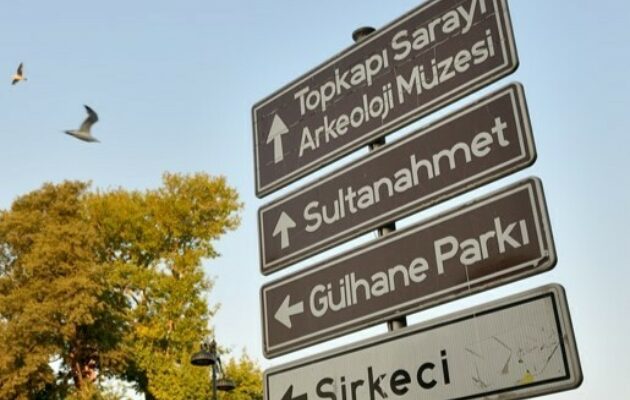 Approximately 75 million people speak Turkish as their first language, making it one of the world’s 15 most widely spoken first languages. Another 15 million people speak Turkish as a second language. In addition to Turkey, Turkish speaking people live in the Balkans, the Caucasus, and in Western Europe. The largest Turkish immigrant community lives in Germany, where Turkish is the second most widely spoken language after German.

A Springboard for Learning Related Languages

Because they are closely related, studying Turkish also lays a solid foundation for learning other modern Turkic languages, like Kazakh, Kyrgyz, Tatar, Uzbek, and Uighur. While these languages may sound exotic, they are languages that are spoken in regions of strategic importance, like the Caucasus, the Balkans, China, and the former Soviet Union. For this, they can be very advantageous languages to know.

Turkey and the Global Conversation

The Republic of Turkey is a country of geopolitical significance that is strategically connected—geographically and culturally—to Eastern Europe, Central Asia, and the Middle East. It is the world’s 16th largest economy with a growing consumer middle class. As Turkey’s economic and political influence grows, Turkish and knowledge of Turkey are valuable assets sought by corporations, NGOs, government agencies, and research institutions engaged in the region.

Numerous career opportunities exist in sectors as diverse as technology, cybersecurity, energy, hospitality, finance, law, business, and government. For those interested in a career in the public sector, the U.S. government has designated Turkish a critical language and actively recruits for roles in the areas of diplomacy, intelligence, and the military, as well as offers an array of scholarships and fellowships for students pursuing the language.

Turkey and the Cradle of Civilization

Knowing Turkish can be a particular asset to students of anthropology, archaeology, and history. Combining Turkish language skills with these studies opens up exciting research opportunities. Anatolia, the territory of Modern Turkey, is a cradle of human civilization, home to some of the world’s greatest archaeological sites including ruins from the oldest known human settlement, the city of Troy, Noah’s Ark, and Istanbul—the only city in the world located on two continents. Turkish archives today offer an immense amount of documents and historical information pertinent to Hittite, Assyrian, Hellenistic, Persian, Roman, Byzantine, Islamic, and Ottoman-Turkish civilizations.

In Turkey, English is not Enough

English proficiency is not widespread in Turkey, and few Turks have passports (only 10 percent of the population) or travel abroad. Furthermore, foreign media and the English language are not as omnipresent in Turkey as in its smaller European neighbors. While a growing population of graduates do speak excellent English, a grasp of the Turkish language gives you a significant advantage in conducting business with Turkey and engaging with its citizens.

Turkey also has a thriving modern culture of its own that you can connect with when you understand the language. It produces TV soaps that are watched from Greece to Kazakhstan, has a cinema industry capable of making everything from award-winning high-brow classics to low-budget farce, and produces pop tunes so catchy that they’ve sometimes been borrowed by pop stars in the west!

Stand Out in the Crowd

Turkish language skills are a seriously unique asset. Seriously! In 2013, only 716 college students were enrolled in a Turkish language program. While that’s double the number from the previous decade, Turkish languages can be a sure ticket to so many exciting careers.

A Unique and Straightforward Language

While Turkish can be among the more challenging languages to learn, it also has many characteristics that make it fun and interesting.

Turkish is an agglutinative language, which means that new particles are added to the end of a base form to generate new words. Turkish is also a phonetic language, and learning the alphabet is enough to pronounce words correctly. There is no pronunciation help next to the word because every letter is pronounced the same in every word. Turkish also has no articles. And for all you rule breakers, sorry—you can hardly ever find exceptions in Turkish: nearly all words obey strict rules.

Adapted from John Angliss for Voices Magazine, the British Council

The ARIT Fellowship provides funding for U.S. undergraduate and graduate students to complete a year’s worth of college-level Turkish study over the summer at Boğaziçi University in Istanbul.

Run by the U.S. Department of State, the CLS Program is a fully funded overseas summer immersion program promoting the study of critical languages, including Turkish.

The Coalition offers up to 100 scholarships of $500 – $2,000 each year to university students who have been accepted into a language or study abroad program in Turkey, the Turkish Republic of Northern Cyprus, or Bosnia and Herzegovina. TCA is also the contact for Bahçeşehir University Study Abroad Tuition Scholarships for Minority Students which cover all tuition expenses.

Looking for a Turkish Program? 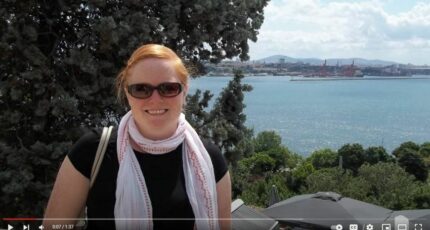 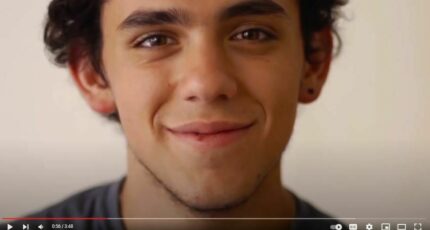 A Close-Up Look at NSLI-Y Turkey