Persian is an important language of the Middle East and Central Asia, spoken by over 100 million people and ranked among the world’s top 20 most widely spoken languages. It is known as Farsi in Iran, Dari in Afghanistan, and Tajik in Tajikistan. Sizable minority populations in other Middle Eastern countries (Bahrain, Iraq, Oman, Yemen, and the United Arab Emirates) also speak Persian, as do large communities in Europe, Turkey, Australia, the United States, and Canada.

Iran is the direct heir of the Persian empire and a pivotal regional power. It sits on the Strait of Hormuz, the waterway that connects the Persian Gulf to the rest of the world and that is a conduit for much of the world’s oil. Iran holds the fourth-largest reserves of oil and the second-largest of natural gas. It has a diversified economy that is the second-largest in the Middle East and a population of 80 million—comprised of a large consumer-driven middle class. Individuals with Persian language skills are in a position to be on the front lines of engaging and doing business with Iran and its countrymen.

Stand Out from the Crowd

Shockingly few American students study Persian. Just under 3,000 college students were enrolled in Persian language studies in 2013. Given how rare it is to find Persian on a resume, those with proficiency in the language are highly sought out by employers with interests in the region.

Many U.S. government agencies, particularly those involved with intelligence, military, and diplomatic activities, have a big demand for Persian speakers, given the geopolitical importance of the country. Designated a Critical Need Language, the U.S. Government offers many scholarships for students pursuing Persian language studies.

As financial linkages are restored following the 2016 nuclear deal, Iran’s economy is expected to grow around 4.5 percent in 2017-2018. While challenges continue in U.S.-Iran relations and U.S. businesses remain legally constrained in their business dealings, U.S. companies are making inroads. Boeing made a $16.6 billion dollar deal in December 2016, and AT&T is providing voice and data services to U.S. cell phone holders traveling in Iran through a partnership with an Iranian phone company. Furthermore, Iranian exports to the United States—virtually nothing in 2015—grew to $64 million in 2016.

Studying Persian provides an entry into a rich and diverse culture. Major epic and Sufi poets—such as Ferdowsi, Rumi, and Hafez—have served as inspiration to writers and creators across the globe for centuries, and contemporary Persian-language literature continues to find international audiences. In addition to literature, Iran produces world-class films which have been recognized by a wide variety of international film festivals and honored with awards including the Oscar, César, Bodil, and David di Donatello, to name a few. Persian culture is also known for its exquisite miniature painting, intricate mosaics and tile work, and finely woven rugs and carpets—each a feast of color and pattern for the eyes!

Home to over 20 UNESCO World Heritage Sites—including monastic ensembles, a bazaar complex, a historical hydraulic system, a palace, and a desert—Iran is a beautiful and geographically diverse country that supports a significant travel and tourism industry. The Associated Press reported that approximately 5 million foreign visitors traveled to Iran in 2014. If considering a visit to Iran, be sure to allow ample time to prepare your trip: American tourists must obtain an entry visa and be accompanied by a guide or tour group. Tajikistan is also a popular destination for travelers with Persian language skills, and study abroad programs for U.S. students are offered there.

Not as Hard as You Think

While by no means among the easiest of languages to learn, Persian is considered relatively easy for English-speaking people to learn compared to other Middle Eastern languages. It is remarkably simple in terms of formal grammar. There is no gender, no noun inflection, no adjectival agreement, and no irregularities in verbal conjugation; moreover, since Persian has not changed significantly in over a millennium, the basic grammar for the classical and modern forms of the language is virtually the same. After one year of study, students can typically begin to read both classical poets and modern short stories and poetry in the original, and watch Iranian films without subtitles.

Run by the U.S. Department of State, the CLS Program is a fully funded overseas summer immersion program promoting the study of critical languages, including Persian.

Looking for a Persian Program? 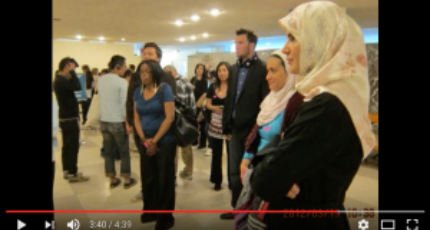 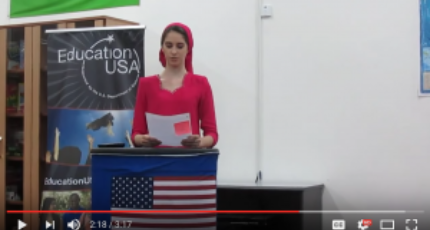 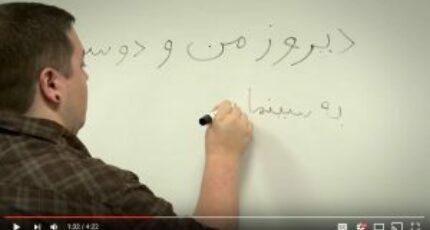